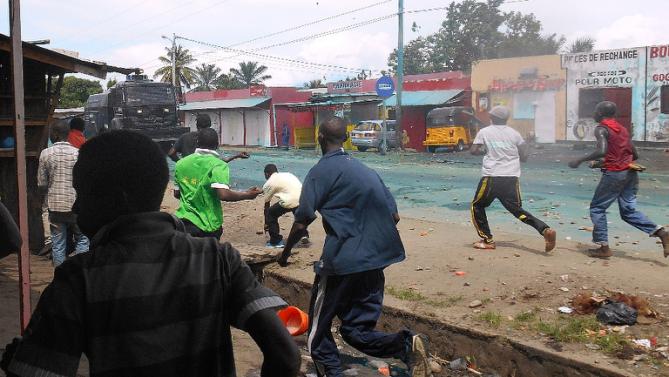 Clashes erupted in several parts of the capital, Bujumbura, as police fired tear gas to break up crowds and prevent them from entering the city’s center.

“We counted two protesters killed by police, four others were injured and one is in coma in hospital after being hit by a bullet,” Alexis Manirakiza, Burundi Red Cross spokesman said.

Witnesses said several people were wounded while dozens of others were arrested. The government banned any demonstrations about the ruling CNDD-FDD party’s nomination of Nkurunziza for a third term.

Nkurunziza’s eligibility comes down to a legal argument about the wording of a formative peace agreement and the country’s constitution.

Burundi’s existing political structures were founded on the 2000 Arusha agreement, which brought to an end the civil war between Hutu and Tutsi factions that killed up to 300,000 people. That agreement said the president could serve no more than two terms in office.