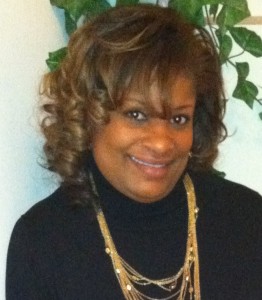 Have you watched the news lately? There is chaos and craziness everywhere!!! Countries at war with other countries, Acts of hatred and inhumanity controlling regions of the world, horrible crimes against humanity are covering our news daily. We watch heartbroken, saddened at the state of the world we live in. At the end of the day, all these crimes of hatred boil down to intolerance for something or someone. We fight because we don’t look the same way, believe the same way, or think the same way. Have you ever thought about the fact that of alllll the animals in the animal kingdom, humans are the only animals that hunt and kill their own kind!!! Lions are chasing the gazelle or other animals because they are hungry!!! What they kill they eat and serve their families! Think about it… what animal is out their hunting and killing their own kind and leaving the carnage around just because… HUMANS!

But who hasn’t prayed for “World Peace? Who hasn’t looked into the eyes of a child and wished for a better future? We all try to do as John Lennon suggests and “Imagine all the people living life in peace…” But, have you ever wondered what it would take for this world to find peace? Peace between nations, cultures, religions, families… We all want “Peace on Earth and goodwill toward men!” But have we considered the cost? I have!!! And, so far, I think that it will cost me at least two major things, an apology and forgiveness!!! 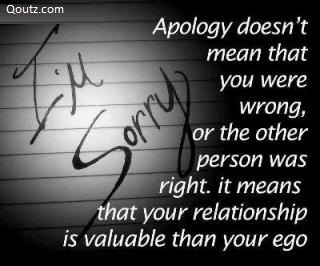 Wouldn’t it be great if everyone practiced the art of ‘The Apology”. If we all really tried to understand, what it means to apologize, “regretful acknowledgement of an offense or failure”. If we all would accept responsibility, maybe not for “the act” or “words” spoken, but the offense taken, we would be further ahead in our relationships than we are when we are in constant conflict. When we truly understand that “I apologize” is more about the person we are in relationship with understanding that you did not intend to hurt them, or you taking responsibility for your actions, (sometimes LACK of action) than we are on our way to being at peace.

“I apologize” are two simple words but are often found to be so difficult to say. For some, it is viewed as an admission of guilt, or as being wrong. If an apology is confused as the admission of guilt or being wrong, and I truly believe I did nothing wrong… or in fact… I AM RIGHT!!!! Why would one apologize? The answer is simply… to bring peace. It doesn’t make you less of a person to take responsibility for the fact that you have offended someone. Resolution can begin if we acknowledge that we have caused an offense and for THAT you apologize. If we regard how the conversation goes, and the relationship we have (and want to keep) as important as getting our point across, we can keep the price.

Along with an apology, the price of peace can be paid with forgiveness. Forgiveness has been defined by some as “a conscious, deliberate decision to release feelings of resentment or vengeance toward a person or group who has harmed you, regardless of whether they actually deserve your forgiveness.” It is releasing the person from the debt of compensation. Forgiveness requires someone to give up the right to be right, and value the relationship in spite of the offense. 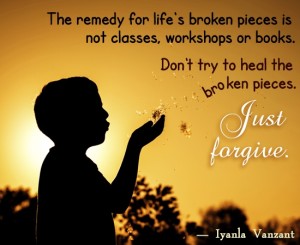 I’m sure there are more things that could bring peace to this world, to our marriages, to our relationships with co-workers and friends. However, if we all started consciously making our circles kinder, more respectful and aware of how we treat others, this would be a better world. If we knew we hurt someone and apologized, and be willing to forgive those that offend you … we then begin to bring peace to this world. As small as those deeds may appear in comparison to the terrible tragedies that our news displays, they are seeds of peace that grow as we begin to change the part of the world we inhabit. I’m sure that is what Mahatma Gandhi meant when he said, “Be the change you want to see in this world!” The Price of peace is then the change we bring in our relationships and with those we disagree with, no matter how big or small… we can APOLOGIZE, and we can FORGIVE.