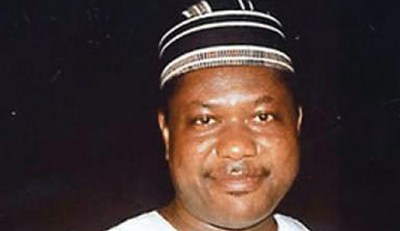 SENATE Minority Leader, Sen. George Akume says he is the best candidate for the number one position in the Senate.

Sen. Akume said on Friday that his track record stood him out among all other candidates being tipped for the position of the 8th Senate President.

In a chat with the Senate Press Corps in Abuja, the former Governor of Benue State, who distanced himself from posters announcing him as one of the candidates vying for the number one position in the Senate, noted that he moved from one platform to another during his stay at the Senate.

He said: “From the Peoples Democratic Party, which I co-founded to the ACN -Action Congress of Nigeria, and eventually, I became the Minority Leader and in that vantage position, I became the Chairman or the leader of the party caucus in the Senate.’’

“I believe that given this track record, I am sufficiently prepared to take a shot at the highest office in the Senate,’’ Akume said.

Sen. Akume also denied speculation that he had withdrawn from the race, while stressing that he should have become the presiding officer as the Minority Leader.

‘’As a Minority Leader, automatically I should have become the presiding officer and it is important to take note of this. We are all learned people and for anybody to say I withdrew is purely in the imagination of a few.