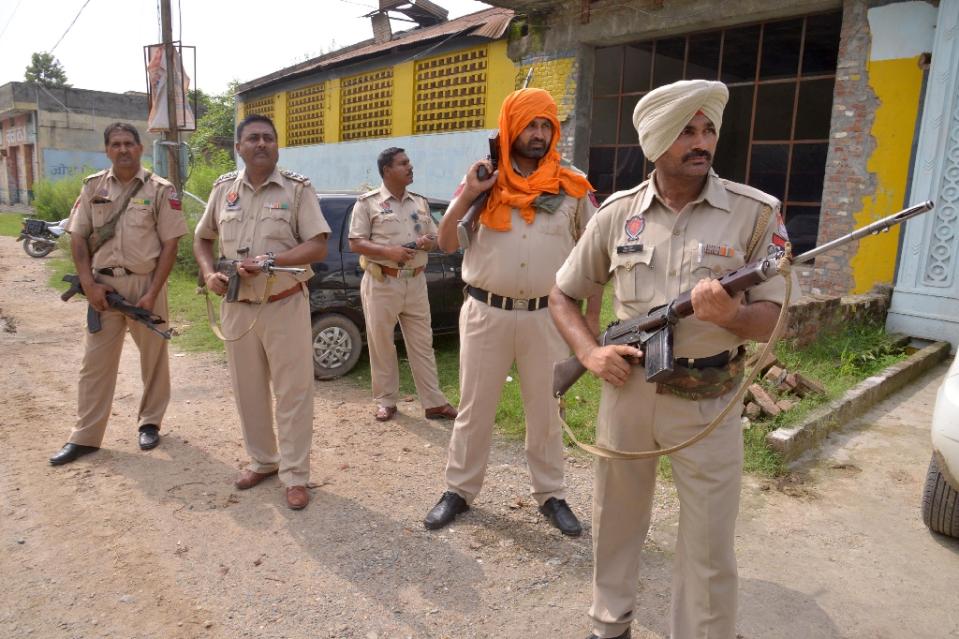 FIVE people were killed after gunmen opened fire on a police station near the Pakistan in India.

Two police officers and three civilians were confirmed dead in the hours-long siege, which began early Monday in the town of Gurdaspur in the northern state of Punjab.

About seven more people have been injured in the attack, bringing panicked residents out onto the streets.

Eyewitnesses said the attackers, who were dressed in army uniforms appeared to be holed up in the residential quarters of the police station and were firing continuously.

Five live bombs were recovered from nearby railway tracks and television footage showed one officer walking away from the scene, his face and uniform covered in blood.

The attackers reportedly opened fire on a bus and hijacked a vehicle before storming the police station.

It is the first major attack in India’s Punjab for more than a decade.