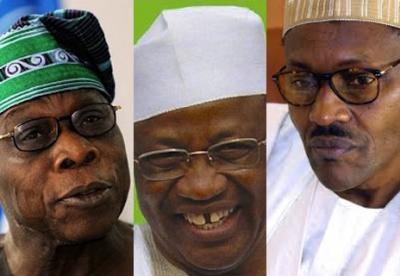 The Presidency, through Special Adviser on Media and Public Affairs to Buhari, Femi Adesina, had said on Tuesday that the probe would be limited to the immediate past administration, adding that the President would not waste time in probing the administrations of all the former rulers mentioned by Fayose, including ex dictator, General Sanni Abacha.

Fayose, who described the Federal Government’s announcement as “playing to the gallery,” said such intentions were not to be sensationalized in the media, adding that the current administration should have just gone ahead with its investigation without making it public.

Part of the statement read: “Nigerians should not be probed on the pages of newspapers. Rather, the anti-graft agencies should do their jobs quietly, diligently and in accordance with the laws of the country, not as dictated by any individual or political party.”

The Ekiti state Governor alleged that the planned probes are targeted at only members of the opposition Peoples Democratic Party –PDP, especially those that served under immediate past President Jonathan.

“However, if what they believed should be done is a selective probe, those holding power in Abuja now should know that what goes round will surely come round and it is just a matter of time,” Fayose said.