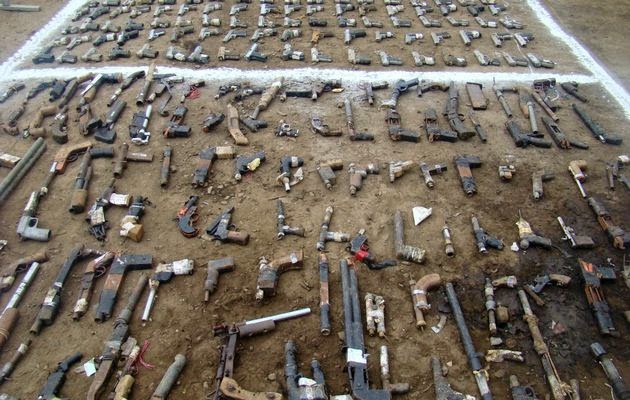 ABOUT 60 per cent of illegal arms in the South East are produced locally, it has been revealed.

South East coordinator on House Survey, of the Presidential Committee on Small Arms and Light Weapons – PRESCOM, Professor Aloysius Okolie said: “some communities are known for their natural fabrication of arms.”

He accused politicians of being part of arms proliferation in the area, adding that some political leaders helped in the importation and fabrication of arms.

The sensitization forum tagged, ‘All Hands on Deck,’ also revealed that “40 per cent of the arms are imported by the political leaders and the rest 60 per cent fabricated within the zone.”

“The essence of the survey is not for the government to embark on   disarmament, but to find out those factors that motivate people into acquiring such arms and sources of the arms,” Okolie said.