Girls’ Gist With Oyin … Where We Mend It! 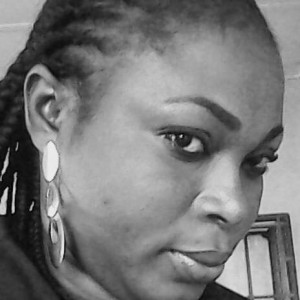 Looking into her eyes, one could see the pain and the hurt she was trying so desperately to mask with a smile. Evidently, Cynthia my bosom Friend’s little sister was hurt and amid the banters we were all engaged in trying to catch up on old times, the pain was palpable! I couldn’t help but wonder who or what could be responsible for the pain  she was enduring.

Oh yes! She was trying to be strong by following in our gist, but the laughter was not in her eyes. Those eyes… they were sad, mirroring the pain she was trying to mask. I was overwhelmed by a strong urge to comfort and reassure her that all would be well irrespective of the challenges. Cynthia bowed to my pressure and eventually opened up in tears. Hers was the story of great Betrayal by two people who had come to mean a lot to her. Her husband, whom she adored and her childhood friend, who had become more of a sister over time. She couldn’t comprehend how these two people that she so much loved could end up causing her so much pain.

Cynthia noticed Jerry, her husband had become edgy unlike his usual confident self, especially whenever Amaka was around. He was defensive to innocent remarks and picked offence at will. Worried about her Hubby’s sudden change in attitude, she made unsuccessful efforts to discuss it with him. He would wave every attempt, citing the prevailing socio-economic situation in the country and the effect it was having on his business. Cynthia considered Amaka, who at the time was living with the couple, as the best person to confide in. Like a true friend, Amaka reassured her best friend, Cynthia, that ‘’all would be well.’’ 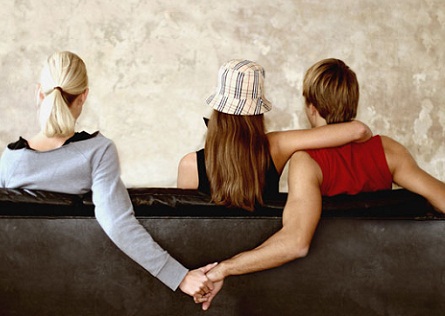 Cynthia was rushed to the hospital after a brief ailment at work. Test later revealed she was six weeks pregnant. Her joy knew no bounds as she looked forward to breaking the news to her husband later in the day. The couple had waited patiently for this great news, three years after marriage. She was amazed when she got home and saw Jerry’s car in the driveway. She wondered what he could be home doing at that time and without her knowledge. Checking her watch for time. She knew Amaka should also be home at that time of the day, as she closed earlier from the school where she worked as a teacher.

Anxious to break the news to the two special people in her life, Cynthia excitedly busted into her bedroom, where the shock of her life was awaiting her. Yes! You guessed right!

Amaka and Cynthia’s husband were having a great time on their matrimonial bed. Screaming, Cynthia lost consciousness and landed in the hospital ward with Jerry watching over her worriedly. She looked away from him as the realisation of what had happened earlier dawned on her. Tears streaming down her face, she could not bring herself to accept the fact that she had just been betrayed by the man she gave her heart to.

He broke the trust she had in him and it hurt…

Presently, Amaka has disappeared from their lives and Jerry has been pleading with her to forgive him, saying he didn’t know what came over him as he confessed that he still loved Cynthia. She was hurt and confused after being betrayed by two people she considered as her joy. In the process, she lost the pregnancy…. A part of her wants to call it quits another part is hesitant. She didn’t know what to do as she seemed to be in a dilemma. She still loves him, but the question is; can the trus be rebuilt? Would she ever be able to look at him without feeling as though her heart was being ripped out of her chest??

Kindly send in your views as we look at resolving this matter together.

Love you all! Do have a splendid week ahead!