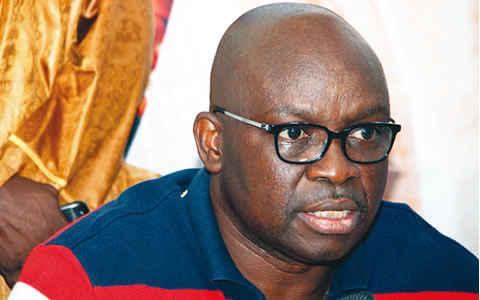 EKITI STATE will not reduce workers’ minimum wage, despite the financial challenges the government is currently facing.

Governor Ayodele Fayose, who made this known at the weekend, said the N18, 000 was inadequate, adding that any attempt to slash it would not be fair to civil servants and their dependents.

“The state government would work out ways that the government and the labour unions would agree on the mode of payment,” a statement issued by Governor Fayose’s Chief Press Secretary, Idowu Adelusi read.

“I am enjoying your grace for returning me to office and I am not going to take the grace for granted. A governor who hides the true position of things from his people is only deceiving himself. The power of the people is greater than that of the leader,’’ Fayose added.

It would be recalled that Governors from the 36 states across the nation, said after a meeting in Abuja last week, that they would not to pay the N18, 000 minimum wage due to decline in the country’s revenue.

Although, Edo State Governor, Adms Oshomhole, was quick to condemn the Governors’ decision, saying the state of the Nigerian economy had nothing to do with workers’ salaries, which according to him, was not imposed on the Government, but came to be following mutual agreement between the administration of former President Goodluck Jonathan and the Labour Union.