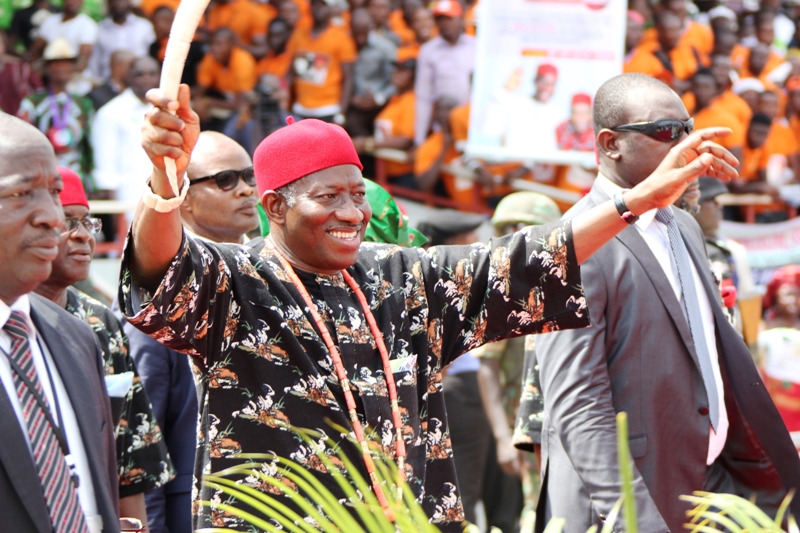 IMMEDIATE past President, Goodluck Jonathan spent N8.749 on his failed attempt to remain in power, it has been revealed.

The Centre for Social Justice, a Non-Governmental Organisation, which made this known on Tuesday, disclosed that Jonathan, who contested under the umbrella of the then ruling Peoples Democratic Party – PDP, spent nearly four times, the amount incurred on campaigns by his successor, President Muhammadu Buhari.

According to the organisation’s Lead Director, Eze Onyekpere, President Buhari and his party, the All Progressives Congress – APC, had spent a total of N2.915 billion during their election campaigns.

The center revealed further on its findings tagged the ‘Monitoring of Campaign Finance and Use of State Administrative Resources for the 2015 Presidential Election,” that Jonathan spent N3.988 billion and N2.475 billion respectively on electronic media and print advertisements, while Buhari only managed to spend N1.064 billion and N579.647 million for the same purposes.

According to the NGO, the 2015 poll was the most costly since the return to civil rule in 1999.

“Money and administrative resources played an enhanced role in the 2015 presidential election. The poll appears to have been the most costly and keenly contested since the return to civil rule in 1999. The expenditure ceiling of one billion naira was largely ignored by the candidates whilst administrative resources were deployed by the two major contenders, the organization said.