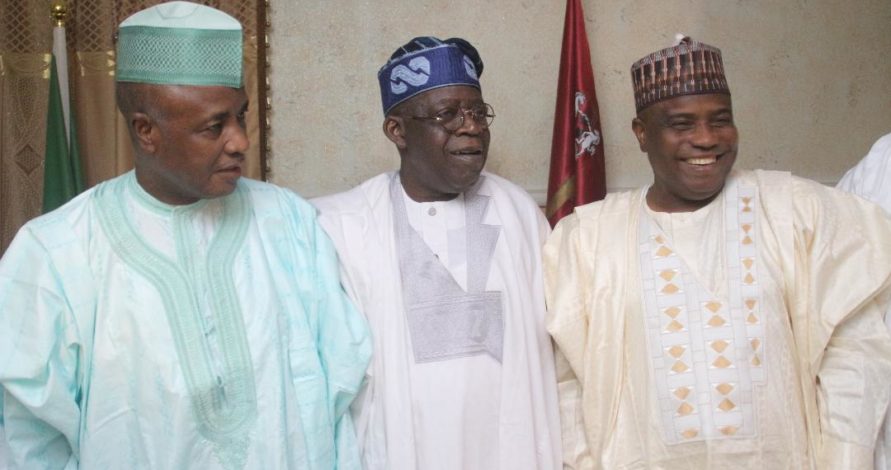 Tinubu, a national leader of the APC, had been made the head of the Presidential Reconciliation Committee of the party and his main responsibility is to ensure peace reigns among members nationwide.

During his trip on Saturday, Tinubu met with Governor Aminu Waziri Tambuwal and his predecessor, Senator Aliyu Magatakarda Wamakko.

The former Lagos State Governor held a two-hour closed door meeting with Tambuwal at both the Government House and at Senator Wamakko’s residence.

“Family members meet regularly to talk to each other and I’m here for that purpose,” those were Tinubu’s weords to journalists after the meeting.