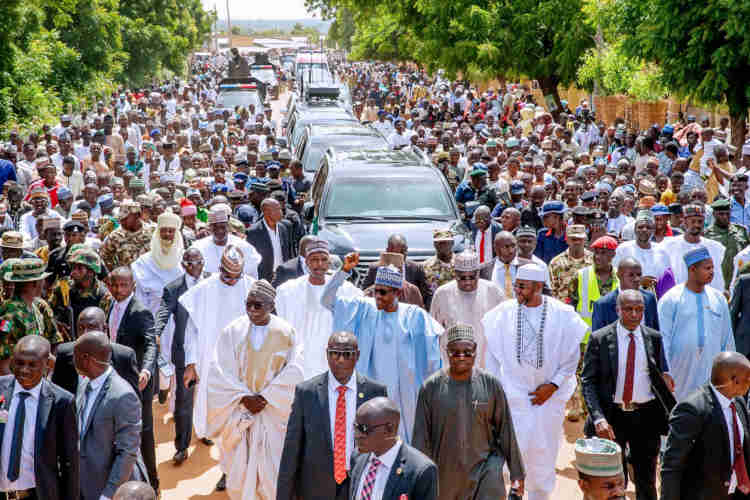 PRESIDENT Muhammadu Buhari’s long arduous journey on foot on Sallah day is an indication that the Nigerian leader is responsive to the support by his own people, one of his aides has said.

Buhari on Tuesday trekked 800 metres from the Eid praying ground in Daura, to his private residence after the Eid prayers.

His Senior Special Assistant on Media and Publicity, Garba Shehu, said the former military Head of State had also demonstrated his fitness to run for a second term.

“I think there are two things here; one is to say that the President is responsive to the enormous support and commitment of his own people, that had come out in their numbers to see him, and he just decided that he could not go on riding in a black vehicle, and he came out and walked to the distance.

“I think the President has done one thing today – that the issue is not how old one is, but how fit he is; how healthy he is. Now that the President has proven his fitness and well-being, to continue in office is a settled matter,’’ Shehu added.

“I think that if people want to campaign against him, they should do so on issues that are of significance to Nigerians. The President is fit, he is healthy; he is good to go for second term’’, he said.