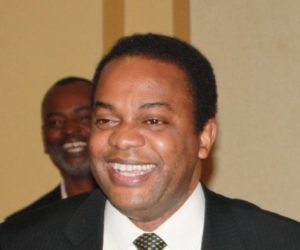 FORMER Minister of Culture and Tourism, Donald Duke, says interest by various stakeholders in the All Progressive Congress- APC, is good for democracy.

Duke, on Sunday, downplayed rumours of lack of agreement among APC members in Cross Rivers, claiming that whatever is going on is about interests.

“There is no faction in Cross River APC; it is interest by various stakeholders in the party in the state.”

The former Governor however, said that it’s important for all party stakeholders “to come together; reason together; and chart a new course for our great party.”

Duke assured APC members in Cross Rivers the the party would be stronger if they were united and worked towards taking over the state in 2019.

He encouraged party loyalists without Permanent Voter Cards – PVCs, to get the documents needed for election before Aug. 31 deadline to enable them to vote in 2019.

Duke said an APC administration in the state would take special care of women and the vulnerable, if elected in the state in 2019.