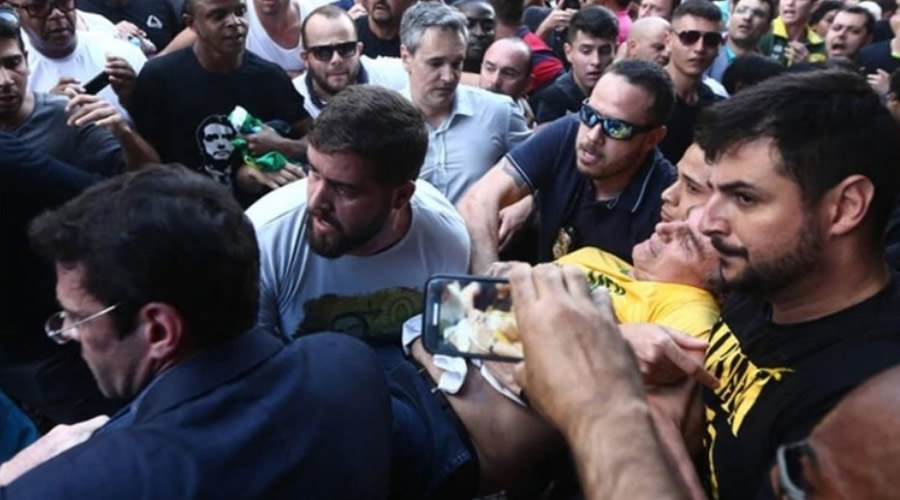 A leading presidential candidate in Brazil was stabbed on Thursday during a campaign event.

Jair Bolsonaro’s son and Brazilian authorities said the injury is not life-threatening.

Videos on social media showed Bolsonaro being stabbed with a knife to the lower part of his stomach. The candidate was seen flinching after the attack before going out of view.

Police confirmed that Bolsonaro had been stabbed and that his attacker was arrested.

He was taken to a hospital in Juiz de Fora, a city about 125 miles north of Rio de Janeiro, and was in good condition.

Bolsonaro’s son, Flavio Bolsonaro posted on Twitter that his father is doing fine.

The wound “was superficial and he is OK,” wrote Flavio, who also asked for prayers for the family.

In the videos, Bolsonaro does not appear to be wearing a protective vest.

Bolsonaro, a former Army captain, is second in the polls to ex-President Luiz Inacio Lula da Silva, who has been barred from running but continues to appeal.

Despite being a congressman since 1991, Bolsonaro is running as an outsider ready to upend the establishment.

While he has a strong following, Bolsonaro is also a deeply polarizing figure. He has been fined, and even faced charges, for derogatory statements toward women, blacks and gays.