..Promises to Win League Within 3 Years 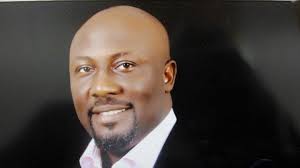 Arsenal manager, Arsene Wenger has promised that the Gunners will win the league again within three years.

Apart from the tittle ambition, the other thing on the Frenchman’s wish list is to win at Stoke.

Wenger hasn’t won at Stoke in four years and there is nothing he would like better than to take a bite out of Stoke as he takes his side to the Britania on Saturday.

He hasn’t got a victory at Stoke for four years, since that awful day when Ryan Shawcross’ tackle broke Aaron Ramsey’s leg in two places.

It’s now eight trips to the Potteries in all competitions for one win.

It gets worse,Stoke boss Mark Hughes’ managerial record against Arsenal is the best in the country, beating them five times.

Stoke boss Mark Hughes has the best managerial record against Arsenal in the country.

It’s the 100th meeting of the two clubs and Steven Nzonzi,a Patrick Vieira look-alike in midfield if ever there was one, knows how Stoke can extended Wenger’s pain.